A lover of dark fantasy. A rule-breaker. A writer.

“All my work is about hope. There are virtues in this world worth fighting for, things we can’t do without. I hope to inspire honor and vigilance. I hope to raise an awareness of innocence and its worth.”

Good people of the Internet, writing out of Missouri, the US – Jesse Teller.

I’m gonna alter this question. I’m gonna say one book everyone should read if they like fantasy or plan on writing fantasy, and that is The Bloody Crown of Conan by Robert E. Howard. I just, I strongly believe that if you’re writing high fantasy you have to have a working knowledge of this book. Howard was the best. He wrote in the 1920s, and he was the original creator of Conan the Cimmerian. I learned about him in a literature class I took in college where we studied the story The Tower of the Elephant. All people who are thinking about getting into the fantasy genre should start there

We’ve already displayed that I’m a rulebreaker, so I’m gonna alter this question, too. I’m gonna go with the complete works of Edgar Allen Poe. He was dark and twisted and insane and beautiful. He wrote some of the most horrifying stories that have ever been written by anyone, yet his work is so pristine that it is still studied in public high schools. State school curriculum is willing to say, “Yes, we know he married his 14-year-old cousin. Yes, we know he wrote a story about rats eating a person alive, but look at this prose.” 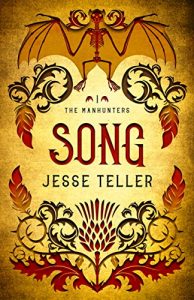 Favorite book that I’ve ever written is called Legends of the Exiles. It’s a complicated book. You have to really want it. It’s the story of four women. It’s a romance, it’s a tragedy, it’s high fantasy and action. Each story of each woman is a novella of its own. Their ages are designated by a timeline that runs through the whole book. Each novella could be read on its own, but when you read them all together, one will answer questions brought up by the others. One will expand the telling of a scene shared by a different novella. It’s a complicated book. It’s a book written for an advanced reader. I have to publish the rest of the trilogy I started in October. Those are my publications for 2018. But, when that trilogy is done I will be publishing Legends of the Exiles. So look for it April 15, 2019.

Paradise Lost. It’s not a book, it’s actually an epic poem. For this one, I have to thank Mrs. Learmann. There’s a scene where the angels rebelling against God have lost the war and have been tossed into Hell. They built a castle for themselves called Pandemonium, and in the throne room they have a huge meeting, all the demons and devils. They start planning out their next move. Moloch is a massive warrior and he wants to charge Heaven again, wants to lead all the demons back into war. Belial, another arch devil, wants to go apologize to God and beg and scrape. Satan is whispering in Beelzebub’s ear, and gets him to speak for him. Beelzebub speaks of revenge. He speaks of corrupting God’s favorite child, Adam, destroying the thing God loves most. When I was reading this, I was thinking about destiny. I was thinking about freedom of choice, or whether our lives are handed down by mandate. Here are a collection of demons, damned and imprisoned, and yet they still have freedom of choice to plot out their next move. It gave me an understanding that we can’t blame the choices we make on the people in our lives, or the gods or demons we choose to worship. And at any point, we can turn it all around, or we could burn it all to the ground.

I’m gonna say George RR Martin’s A Song of Ice and Fire series. When I was first learning how to write a book, I was all over the place, swinging wild, one point of view for two or three paragraphs, then switch to another, then yet another, then back to the sixth. It was a disaster. So, my first book had over 15 point of view characters. It was unreadable. Then Martin came in, showed me precision point of view, and showed me that there was no topic too tragic, no scene too horrible to be included in dark fantasy. He anointed me a dark fantasy writer, and gave his blessing for all the most diabolical acts and horrible scenes I could imagine. 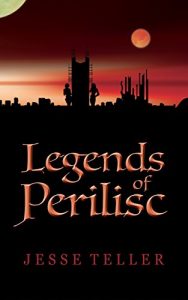 You can find Jesse here. 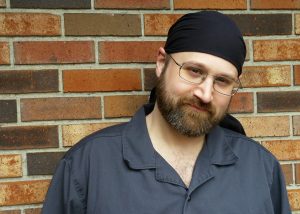 Jesse Teller fell in love with fantasy when he was five years old and played his first game of Dungeons & Dragons. The game gave him the ability to create stories and characters from a young age. He started consuming fantasy in every form and, by nine, was obsessed with the genre. As a young adult, he knew he wanted to make his life about fantasy. From exploring the relationship between man and woman, to studying the qualities of a leader or a tyrant, Jesse Teller uses his stories and settings to study real-world themes and issues.