A great book and a novel twist on the Arthurian legend.

The story stretches from Lancelot’s torrid early childhood, through the relative safety of his early teens and a blossoming love that will shape his life, to his role as ‘lord of war’ and his part in both Arthur’s and Briton’s fate. Underlying the whole book is the unchanging devotion of a young boy.

There’s no need to summarise the plot more than that, you can read the book for that. So, what did I think?

• The prose is beautiful.
• The battles and duels are excruciatingly good.
• The ‘training montage’ of his childhood and his relationship with his mentor are very well done. (In particular what Lancelot does for the man at the end of Pelleas’s life.)
• The background, myths, history and omens are woven into the text exceedingly well.
• Similarly, the technical elements of the world are present but don’t dominate.
• There is a huge cast of well-rounded characters to love, hate and mourn.
• There is frustrated love and impotent rage; vengeance, sacrifice and betrayal.
• Some people get their comeuppance, others, maddeningly, do not. Still more remain devious and obtuse throughout.

That said, there are a few minor issues.

The first is the pace. It ranges from blindingly fast in some sections to slow in others. Some ebb and flow is good, but the contrast is occasionally too much.

One reason for this is the prose – as stunning as it is, it can take up too much space e.g. when describing nature. Up to a point, a tree is a tree. Move on.

Also relating to the pace is the sentence structure. On the whole, it is used well and varies considerably. From punchy fragments. To longer sentences that have minimum punctuation and stretch on and on and on but are difficult to follow until the next full stop heaves into sight.

One last gripe – the section just past the halfway mark. It felt as if people were being moved around for the final, relentless push to the last battle. Lancelot’s childhood is a little guilty of this prolonged scene setting, too. I didn’t mind this as much. Why? Because, it seethes with the bubbling emotions between the teenagers on an island which I’m not even going to attempt to spell.

(Shout out to the proofreader, by the way. Keeping track of the spellings of the names in the book cannot have been easy.)

I want to stress, though, that these gripes are minor. Once all the characters have been built and shuffled into place, when Lancelot’s old enemies unite with his new ones, and Guinevere reenters his life, the book builds relentlessly to one inescapable conclusion: ruin.

All in all, Lancelot

I’ve already pre-ordered the next in the series and have an eye on the rest of the author’s novels.

Not to mention all the books mentioned in the back matter…

Too many books, too little time.

because it came highly recommended. Without giving away too much, it combines elements of The Sixth Sense and The Silence of the Lambs, throws in a young boy and his father, and then puts them dead centre of every parent’s worst nightmare.

Did I enjoy it?

Essentially, yes. The opening 25% (Yes, I read ebooks) was genuinely chilling, to the point that I wondered if I’d be better reading it at day rather than last thing at night.

The last 15% or so is also an incredibly quick read as everything comes to a head.

But the middle section felt flat. Maybe it was because the opening and ending were so good, but the story seemed to lose its way. There were too many points-of-view and one co-incidence too many. All of a sudden there were a host of characters and revelations. The big reveals about the parents (and grandparent) I found a little hard to accept e.g. who they are and where they lived. The identity of the son’s imaginary friend was a nice touch and his supernatural abilities were explained at the end. But, initially, I couldn’t work out if this book was a creepy crime thriller or whether there was something more unreal to it.

That said, the author gets a lot into a relatively short space and does it well. (Bear in mind I’m not a regular reader of this genre so am not aware of the tropes and cliches.) There are copycat killings, complex family relationships that have a myriad of consequences (both good and evil), regret and hopes, and some implied moments of horror that happen ‘off-screen’ that are gruesome to imagine. All in all – worth it.

Just make sure you lock your doors and windows at night while you read it. Especially if you have kids.

It’s a stunning cover, especially when you look at it close up.

A short review of a short book. In short, I liked it.

Luke Scull achieves a lot in a short space of time. A Ring to Rule Them All contains hard-bitten warriors and moral dilemmas. The latter can be seen as treachery or honour depending on whose side you are. There’s humour to balance out a horrific event. The story has violence. There is a sense of history and depth to the world of the Grim Company, which is impressive in a such a short work. I never got the sense I was being overwhelmed with information or names that have more punctuation in them than letters. And there’s a resolution to the story that sets it up nicely for more.

In short (there’s that word again), I was impressed

. I’ll be reading more by this author.

Just look at that cover!

My review of The King was short. This is going to be shorter still.

I avoided watching Stranger Things for ages. Just as I avoided reading Harry Potter and ASoIaF for years as well. Why? Because everyone was reading them I arrogantly decided that I wouldn’t.

With JK Rowling’s and GRRM’s books I was forced to eat a lot of humble pie. They are great. The latter twists and turns like a snake on a dance floor. And the Potter books got millions of kids reading and gave us unforgettable characters like Snape and Umbridge, whose sadistic pettiness is so much worse because it is so commonplace. But… Enough padding, back to my short review of Stranger Things. 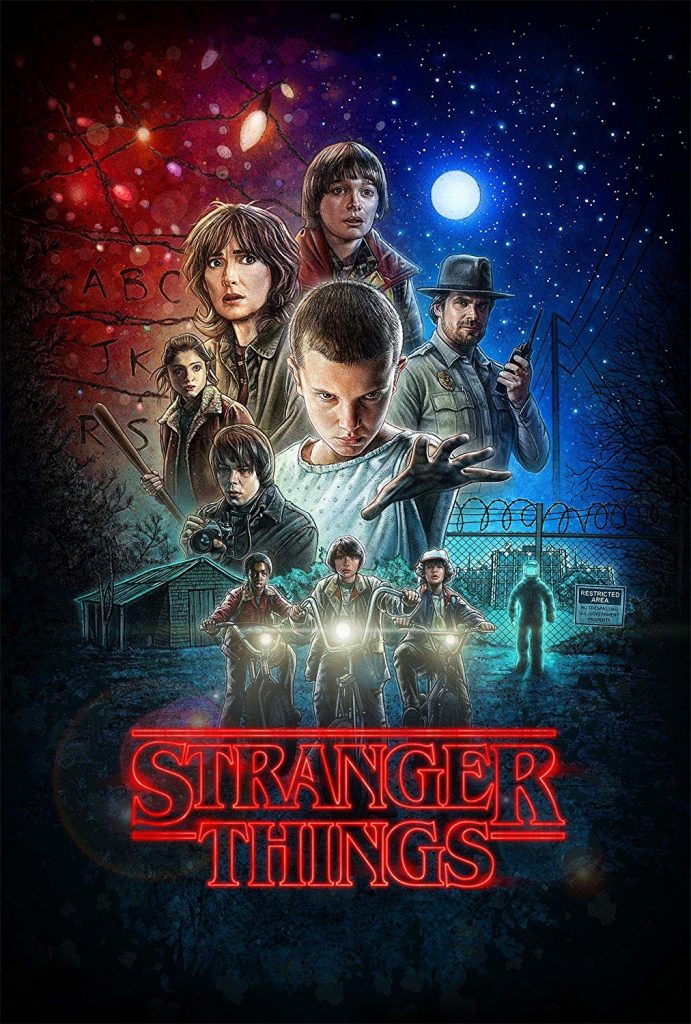 I gave in. I watched it. I loved it. It has the right balance of humour and horror. There are characters to love and hate, laugh at and rage at. There are the stack of 80’s references and pop music classics to ring all kinds of shoulder-padded bells. The acting was superb. And the big death scenes at the ends of Seasons 2 & 3? Goosebumps.

It’s one of the best things I’ve seen and cannot wait for season 4.

And in future, I’m not going to be quite so snobbish about the general public’s opinions.

*(Maybe I should stick to book reviews.) 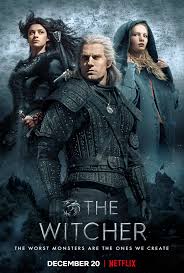 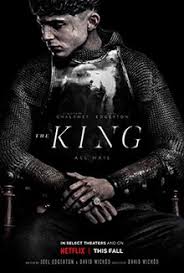