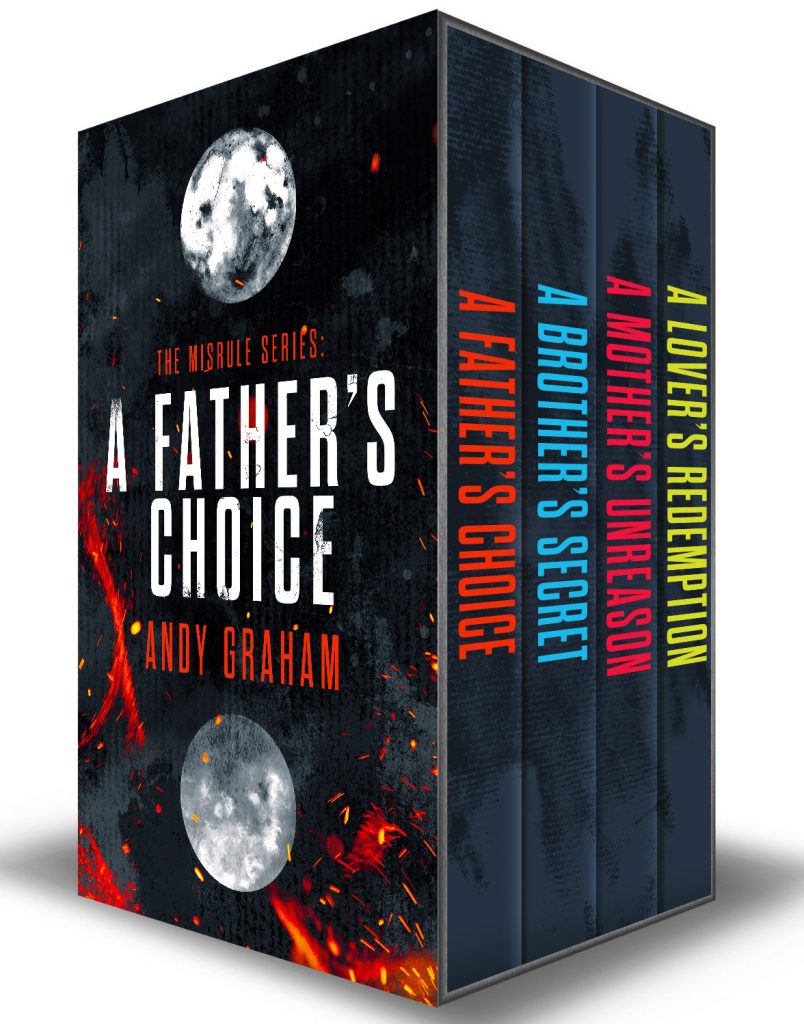 How far would you go to protect your family?

A series of dark, morally ambiguous novels which trace the fate of the Franklin family across three generations.

As they struggle to make the right choices without sacrificing those closest to them, the Franklins are drawn deep into a web of government intrigue and lies. Set in an alternate world based on life in the 21st Century EU and US, The Lords of Misrule series is part political thriller, part dystopian fiction, and part tragic love story.

A Father’s Choice (The Misrule: Book One/ Prequel)

When Major Rick Franklin finds out the murderous truth behind the Silk Revolution, will he risk everything for what he knows to be right, or hide behind a lie?

43 years after the Silk Revolution, Corporal Ray Franklin’s quest to discover the truth about the brother he never knew he had results in him tearing apart the society he thought he was protecting.

With her two surviving sons pitted against each other and the government beset by infighting, Rose Franklin attempts to right the wrongs in her past to give her family a future.

Randall Soulier murdered his parents. Now he wants his brother’s death and will sacrifice nations to get it.

A collection of short stories taken from and inspired by The Misrule that tumble through a whirlwind of human emotions.