In no particular order.

It started slowly. Very slowly. It crawled. But, round about 15%

(Yes, I read on a Kindle so talk about % now rather than page numbers…)

of the way in, I realised that the crawling plot had, in fact, been tying loose knots around my imagination. And when the first few people disappeared, those knots started tightening. That didn’t stop until the end of the novel. And that’s the thing – no one and nothing is sacred in this story. From the initial, chilling sacrifice to the Lord of Flies to the final show down. People drop like, well, flies, I guess. They are there and then they’re gone.

The problem is, most of these people come back. After dark. And these are not nice vampires. They don’t sparkle. They don’t come armed with comedy accents and cliches and dress in cloaks. They are unpleasant and, in some cases, tragic. But the nastiness doesn’t stop there. There’s a house – The Marsten House. Its cellar is almost as scary as some of the monsters. As the author says in the foreword: ‘it’s one of the scary ones.’

But, outside of Barlow and his vampires, and the Marsten House and its cellar, and the superb depictions of some very messed up people there were a few things that jarred.

2 – the ending was over too quickly. The set up to the final moments were chillingly good, but the final resolution? Over too soon. Maybe it’s better that way rather than turning the last pages into a B-movie gore schlock fest?

3 – where are the rats? They exist in the deleted scenes at the end of the book but were culled from the finished version. I’d have preferred they were kept as some of those scenes are terrifying.

All in all, though, this is another one of those books where I found myself wondering why I had never read it before.

So. Back to my age. You remember how old I am, right? Go check it you’ve forgotten. I’ll wait.

I read the bulk of this book whilst staying in a largish flat in London. I was on my own. Reading late in the evening. Suffering from insomnia. One night – I think it was near the end of the book when things had really gone belly up for the inhabitants of the Lot – I couldn’t sleep. Not because of my insomnia, but because a doubt had crept up on me, rat-like, whiskers tickling the toes of my imagination. Who, or what, was in the other rooms in the flat? I was there on my own, right? Of course I was. Just me. No one else. Not a soul. Only little old me…

A forty-seven year old man got out of bed to check there were no monsters in the closet, under the bed, in the other rooms or hiding on the landing.

Are you laughing at me?

PS Ben Mears (the protagonist) is an author, a ‘serious-minded person’. At one point he meets a young woman’s parents for dinner. After a few beers he goes home while the evening’s young because he wants to write. The reason he gives the woman’s dad is that he owes his current book some pages. I’m paraphrasing (badly), but I think it’s a great idea: an author owing their book words. Guess where I’m going now. 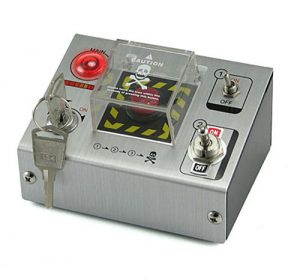 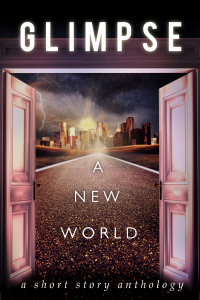 Does the world need another blog with an opening post about whether the world needs yet another blog? Possibly not. Is this going to add anything new, exciting or necessary to the world? Maybe not, but I have my reasons for wanting to do this so here goes anyway.

I have done various things over the years and am hoping there is plenty more to come, despite being past the half-way point and so on my way out, as I was helpfully told recently. To add impetus to insult, moving to Central Europe has apparently decreased my life expectancy even further. I guess that’s something else for the rabid nationalists in the UK and the rest of the EU to complain about; all those foreigners coming over here and nicking our birthdays.

Goals? Wishes? Dreams? Plenty. The main two are trying to finish the day with the same number of children I started out with and preferably still married to the same woman; who I’m not sure any poet, author or song-writer could do justice, let alone a hack just cutting his teeth.

As for the posts, they will mainly cover three various themes;
– Therapy related (exercise, osteopathy, massage etc)
– Random thoughts (a catch all if ever there was one)
– Writing (it’s called Franklin at the moment)

Bear with me while I make a go of fulfilling this long-hidden ambition and you can watch me dance around the common trap of thinking that owning a keyboard and a kindle means you can write.