The One Book Interview series hits double figures this week. To celebrate we have a ‘doozy’ of an interview from a British crime writer whose debut book has over 500 positive reviews on Amazon US & UK.

Good people of the Internet, please give it up for Will Patching.

(And be sure to check out his bio at the bottom of the interview, his CV is fantastic . . .)

On Writing by Stephen King. This is a fascinating book, part auto-biography and part instruction manual on how to write. It’s the best, most readable book on the subject: King is a master story teller who brings his unique approach to the art of writing, and I’d recommend the book to readers, even if they have no desire to pen a novel.

It has to be The Martian! Andy Weir, the self-confessed geek who wrote this brilliant novel – his debut – painstakingly researched what would be needed for a human to survive on the surface of the hostile planet. Matt Damon did a good job in the film too, but the book has to be the bible for anyone planning on a trip to Mars!

Wilbur Smith’s When the Lion Feeds was recommended to me by my stepfather about eight years after it was first published in 1964. At the time, I was a young teenager becoming obsessed with crime thrillers, thanks to my mother asking me to go to the library and select some mystery/thrillers for her when she was sick a few years prior. Her bout of influenza led me to the adult section and a lifetime addiction to the crime genre! However, my stepfather was a Smith fan and suggested I would enjoy the author’s African adventure novels, and he was right. Since that first novel, Smith’s written a total of 38 books, and sold an average of 3 million each. Many have been made into films too, but these days he is often overlooked by new/younger readers. Mind you, he’s 84 years old and still going strong! 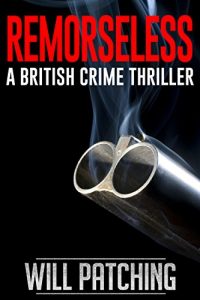 This is a difficult question, even though I have only written four novels… However, the book I most enjoyed writing has to be Remorseless, the first in the trilogy with the same title. It is an unusual novel in that the reader gets to spend a lot of time with the villain – a particularly violent criminal psychopath. Numerous scenes are written from his point of view – deep point of view, in fact – and some more sensitive readers find that uncomfortable. Of course, plenty of others enjoy the thrill ride, as it’s rather like being strapped into a roller-coaster and not knowing what to expect. I also narrated the character for the audiobook (all the characters were voiced as I imagine them) and the psychopath was my favourite character/alter ego. I scared my wife too, as she heard me swearing and threatening to kill some inanimate object in our home one night in a voice she did not recognise – she thought we had an intruder. I was that much into my character, preparing for the next recording session… I’m not sure what that says about me!

This will make you laugh – the Biggles books by W.E. Johns! As a little boy, his tales of derring do and heroics in biplanes led me to a love of flying and a short-lived career in the RAF. Let’s just say that flying a fast jet, very low and very fast, takes rather more skill than I displayed…

On Writing by Stephen King – as mentioned above. King has a particular approach to writing novels, one that I found worked for me. Many people plan every chapter, every scene in detail, with incredibly thorough character profiles, and I tried to do that but soon found myself bored with my own story – it was all too familiar by the time I started actually writing the novel. King recommends a more flexible approach, and his mantra is ‘get the story down’ because once you have a draft, you have something to work with. No matter how bad it is, a completed first draft is far easier to knock into shape than a blank page. I followed King’s advice and, having tried and failed to finish three novels before I read his book, I completed my first thanks to him.

I’d recommend Remorseless, but not if you don’t approve of some characters using profanity, or if you are put off by disturbing imagery. My novels are long too, by most modern ebook standards (100,000 words plus), as I like intricate plots and complex characters, so if you prefer a quick thrill or a cozy mystery, then I’d suggest you look elsewhere. If you like books to get your teeth into, with dark, disturbing themes and characters, then according to my readers, you should enjoy Remorseless! You can grab a free copy by joining my Readers Group via this link to Instafreebie.

You can find Will at: http://www.remorselessthriller.com 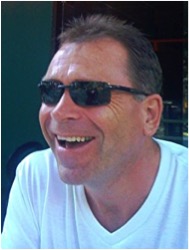 Will Patching was born and raised in ‘Sarf Lunnon’, Engerland, or at least, that’s how he pronounces it! Hence, many scenes from his novels are situated in London, the surrounding suburbs and other parts of southeast England, though they also span as far afield as Thailand and the USA.

His approach to writing is to hit the reader with hard truths about the world we live in, and his mysteries, thrillers, and suspense novels are designed to get your pulse pounding. One male reader decided he needed to check his door locks late one night while reading Remorseless and subsequently commented on social media: ‘Seriously scary!’

Will’s eclectic professional experience – from his teenage role as a ‘gardener’ weeding sewage treatment filter beds, through flying a Hawk jet very fast, very low and very dangerously before the RAF realised and booted him out, then attending Harvard on a course for potential CEOs, largely thanks to the Peter Principle of promotion, and more recently, to building his dream, a charter yacht that sank in SE Asian waters – all have led to a rich and varied life, often reflected in his writing.

If you would like to know more about this indie author you might like to join Will’s Readers Group via his website or the Instafreebie link. You’ll also gain exclusive access to novel backstories, author insights, prize draws and more, including notification whenever a new novel is released.