Stephen King has spoken about ‘unearthing stories’, or ‘digging them up’. So this week, the One Book Interview has a geologist turned author. (It’s a terrible intro, I know. Almost a dad joke. Apologies, Mike.)

There is one book I thoroughly enjoyed reading several years ago. I won’t say it was life-changing, but it was a refreshing change from books I had been reading. It is The Name of the Wind, a fantasy by Patrick Rothfuss. Since then I’ve read the sequel and now the third in The Kingkiller Chronicle is about to come out.

I think the typical answer is The Bible.

I’m going to have to repeat the book mentioned above. (The Name of the Wind) I’d never heard of the author before hearing him speak at a writer’s conference. It was his debut novel that went on to be on the New York Times bestselling list. 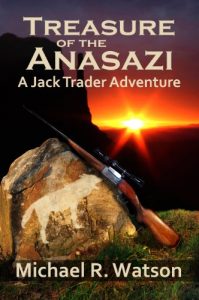 My favorite book and the one most well received is the second in The Jack Trader Adventure series, Treasure of the Anasazi. It’s a thriller/adventure that takes place in southwest Colorado near the town of Durango in association with the cliff dwellings at the Mesa Verde National Park. The entire series has settings in that area.

As a person, The Bible. As a writer, rather than a specific book, probably the science fiction genre. Growing up I think I read every science fiction book in the library. I still love the classics of H.G. Wells, Jules Verne, and Edgar Rice Burroughs.

The books I read the most of these days are action/adventure/thriller. My favorite writer of these is Clive Cussler, which I hope has influenced my writing. 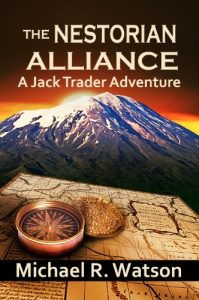 Any in the Jack Trader Adventure series are typical of my writing style, and all are stand-alone, but if someone would like to read the first in the series, it is The Nestorian Alliance. Similar, but different, think Indiana Jones.

You can find Mike at: www.adventurewithmike.com 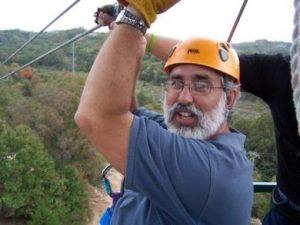 Michael R. Watson, is a writer and self-employed geologist and surveyor, living with his wife in a rural setting of south central Kansas. In his own words:

“In recent years, I have taken a new direction, writing the post-apocalyptic Aftershock series. I have just started book three while beta readers are looking at book two. Book one, Paradise, is currently on Amazon. A chain reaction of earthquakes, possibly triggered by fracking and wastewater disposal, have reached into the mid-continent, causing disaster, panic, and chaos. Beware of the helping hand.”