After a hiatus of a couple of weeks, a few book reviews and other such literary shenanigans, the One Book Interview is back in its regular slot (and a few of our old favourites are back in the book choices).

This week, I’m very happy to have a factory worker, a delivery driver, a singer/songwriter, a sailor, and various other professionals all hiding in the past of a storyteller writing out of southern California.

Good people of the Internet, the horror author that is Israel Finn.

Anne Frank: Diary of a Young Girl. It’s poignant, philosophical, entertaining, and still highly relevant in this day and age. If more people were to look out through the eyes of that wonderful young girl, perhaps some of the hatred might subside in the world.

The Martian by Andy Weir. Duh!

Bird Box by Josh Malerman. Josh was relatively unknown as an author when the novel came out but I’d heard good things. I found out before I read it that he was the lead singer of one of my favorite bands, The High Strung, so I was even more intrigued. After reading it, he immediately became one of my favorite authors as well. Bird Box is a fresh, original horror story that filled me full of dread and kept me feverishly turning pages until the end. It’s one of the best horror novels out there. 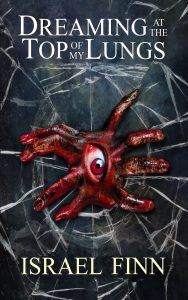 My collection of dark fiction, Dreaming At the Top of My Lungs. I’ve written others, but it’s the first one I felt was worthy of being published. And I’d say I made the right decision, because it’s been very well received. And several of the stories in the book are near and dear to my heart, as they’ve become with many of my readers.

Again, I’d have to say Anne Frank: Diary of a Young Girl, and for the reasons I mentioned before.

Okay, I’m going to bend the rules here and mention two books. On the art side of things, I’ll say The Stand by Stephen King. I’d been writing off and on for years before I read it, but that novel helped me to find my own voice as a writer. On the craft side, I’ve got to go with something I read recently called Thrill Me: Essays On Fiction by Benjamin Percy. I’ve read a ton of books on writing, many of which were wonderful. But Percy’s book is the best I’ve ever read. He puts things across in such a concise, down-to-earth way that you can’t help but have your eyes opened to the hows and whys of fiction writing.

Dreaming At the Top of My Lungs, which (so far) is my only release. Here’s a nifty little link that includes several retailers:

You can find Isreal at: www.israelfinn.com 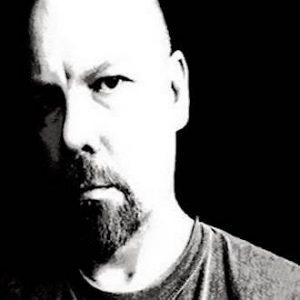 Israel Finn is a horror, dark fantasy, and speculative fiction writer, and a winner of the 80th Annual Writer’s Digest Short Story Competition.

He’s had a life-long love affair with books, and was weaned on authors such as Kurt Vonnegut, Ray Bradbury, Richard Matheson, Arthur C. Clarke and H.G. Wells. Books were always strewn everywhere about the big white house in the Midwest where he grew up.