People of the Internet, may I present Mr Jim Marquis.

Stranger in a Strange Land by Robert Heinlein (it will give you a fresh perspective on religion and the whole messiah concept).

The Stand by Stephen King (because it’s a great long novel with many, many characters to enjoy and follow).

Big Brother by Lionel Shriver (I grabbed it off the bargain table at Barnes and Noble one day while I was waiting in the check out line, it ended up being one of the best novels I’ve read in the past thirty years).

Dark Day Dreams (under the pen name James Hawthorne) Favorite because it’s my first collection of short stories and at this point I feel like that’s the format where I’ve done the strongest work. 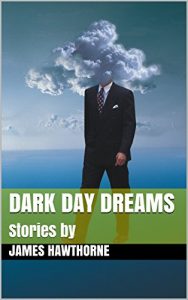 The Handmaid’s Tale by Margaret Atwood (because it helped me understand how fascism and rampant sexism can be so easily justified with religion).

Fight Club by Chuck Palahniuk (it helped me see how an unorthodox writing style can breathe life and excitement into any storyline).

Dark Day Dreams (my strongest writing so far and a collection that reflects a wide variety of personal insights, questions and day dreams…available on Amazon, Amazon UK, Barnes and Noble, Goodreads) 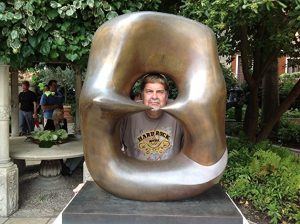 James Hawthorne (actual name James Marquis) was born in 1957 and grew up in eastern Oregon. He graduated from the University of Oregon in 1980 and worked in telecommunications from 1981 to 2011.

He and his wife Rosemary live in the Seattle area.

He’s always been interested in pop culture, politics, music and literature. He enjoys writing because it provides an outlet for his desire to explore and expose the ways these different factors help shape our everyday lives.

You can find Jim on his Amazon page.