I read Dracula when I was about fourteen years old. I did it in one sitting because I wanted to know how it ended before I tried to sleep.

I have a feeling that if I read author 44’s books, I’d need to do the same thing.

(Or at least read them in a country where the sun never sets.)

Good people of the Internet, writing on an island, near a dark forest, by moonlight – J.R. Rice.

I Am Legend by Richard Matheson.

First published in 1954, it was a novel ahead of its time. I consider it the patriarch of all vampire/zombie/end-of-the-world apocalyptic novels. Famed writer/director George A. Romero claimed Matheson’s novel was his primary inspiration for his 1968 film “Night of the Living Dead.”

Alternatively, if that doesn’t work out:

Zen and the Art of Whiskey Making by Glen Livet

All lame attempts at humor aside, I would have to go with Stephen King’s “It” for content, length, and re-readability factor.

The Teachings of Don Juan: A Yaqui Way of Knowledge by Carlos Castaneda.

It was first published in 1968 by the Berkley: University of California Press as a work of anthropology, and submitted as the author’s Master’s thesis, although many people—including myself—contend that it is mostly a work of fiction.

The story documents the events that took place during an apprenticeship—by the author—with a self-proclaimed Yaqui Indian Sorcerer, don Juan Matus from Sonora, Mexico between 1960 and 1965.

It’s a fascinating and moving blend of fact and fiction with regard for Nagualism, and other Native American/Mesoamerican folklore.

It would be a toss-up between Brave New World by Aldous Huxley and 1984 by George Orwell.

I would say that the writing style of Michael Crichton in novels such as “Jurassic Park” influenced me most. Crichton’s seamless blend of science fact and science fiction make your “suspension of disbelief” almost unnecessary.

The first book in my Bane County Series is “Bane County: Forgotten Moon

.” Readers should start there.

You can find JR here. 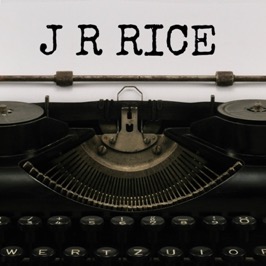 J R Rice is the author and creator of Bane County: a horror/suspense/thriller series.

Book One and Two of the Series are available now:

An Active Member of the Horror Writers Association, he lives on a large island, near the edge of a dark forest, with his beautiful wife, unruly children, dogs that he loves and cats that he tolerates, and one very nasty monster who lives under his bed and never shuts up.

He enjoys interacting with readers, so please feel free to join him at: