For installment seven of the One Book Interview, I’m happy to present an American author who writes (and reads!) young adult fiction, supernatural, fantasy sci-fi, and dystopian novels – all with a twist of romance.

Good people of the Internet, please give a rousing One-Book-Interview welcome* to one of New Mexico’s own: Casey Hays.

The Book Thief by Markus Zusak. This is a moving tale told by Death. It’s a story about life and love and respect for humanity. It left me speechless, and the last line of the book is a favorite of mine. Very compelling.

The Angel Series by Sharon Shinn. This series would be perfect for an off planet continual read. Full of hope and a great love story, too!

Little Bee by Chris Cleave. I was very surprised at how much I enjoyed it. It’s a dark, quirky story about a Nigerian orphan who ends up in Britain. Her story is quite touching.

Probably The Archer, the second book in my Arrow’s Flight Series. It’s the bridge book between books one and two, and it’s just full of emotion. I think I did a decent job with imagery and made my readers feel something amazing.

The Bible – I’m a Christian, and God’s word is the greatest influence over every decision I make. 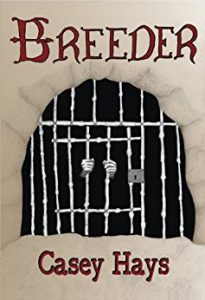 Breeder: Arrow’s Flight 1. I have a full series planned and the first of four novellas in this series published so far.

You can find Casey at:  http://www.whisperingpages.com/ 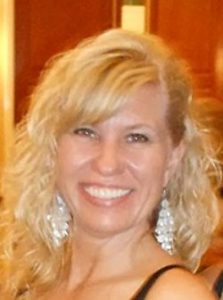 Casey Hays lives in New Mexico with her husband and two children. She is a former high school English teacher turned author. She loves Young Adult Fiction as well as supernatural, fantasy sci-fi, and dystopian–all with a twist of romance. She is the author of four works: “The Cadence” a YA supernatural romance, and Arrow’s Flight, a YA dystopian sci-fi series: Breeder, The Archer, and Master, which released on January 15, 2016. Her short story “Edge of a Promise” is featured in the collaborative anthology PREP FOR DOOM, published June 18, 2015. Currently, she is working on a series of novellas for Arrow’s Flight, as well as a YA supernatural romance based on the legend of the Phoenix.