Your challenge today, dear reader, is to name three of the big-hitting young adult book series that have made the switch from page to big screen. (I’ll give you a clue, not the one with the wizard.)

Remember them and read on.

One Book Interview #9 features a writer of young adult, dystopian novels, whose stories “focus on robots, androids, simulations, consciousness, animals, the wilderness, technology such as cloning, and more.”

One of today’s answers sees the second appearance of Jane Austen’s Pride and Prejudice (also chosen in Interview #8 by J.L. Hendricks).

Three of the book choices will give you the answer to my question at the top of the page.

Good people of the Internet, without further ado, Ami Black.

Do Androids Dream of Electric Sheep? It’s original, philosophical, and asks some interesting questions all while being entertaining. Fans of Blade Runner would love it since the movie is based on the book. If you are into robots or technology you’ll find it interesting.

The Hunger Games, because it is three parts and so there are a lot of words. It’s also about surviving, so it would be motivating and well as entertaining,

Hate to say it but, Twilight. I wasn’t expecting much with the story, and while cheesy it did hit some points which is why I think it resonated with such a wide audience. 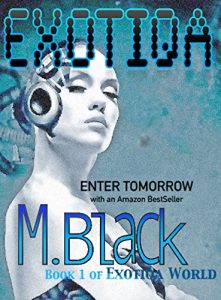 EXOTIQA, because it is about a world where robots are part man and men are part robot. I love blurred lines and I love technology and being able to incorporate the two was real interesting for me.

Pride and Prejudice, because Jane Austen was a brilliant writer. A woman. She lived in a time where everything was dominated by men, yet she managed to get her stories out there and read.

Divergent, because the author was very young and inexperienced when she wrote it, and a woman. I think that gives hope or inspiration to every woman trying to make it in the business. It is also very original, I thought, and entertaining. 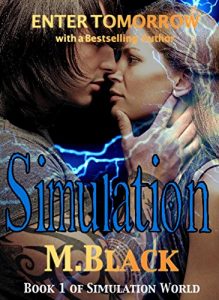 EXOTIQA or Simulation, because they are both first book in a series and will give the reader a good idea of the type of stories I write.

You can find Ami  at: http://MBlackDystopianThrillers.blogspot.com 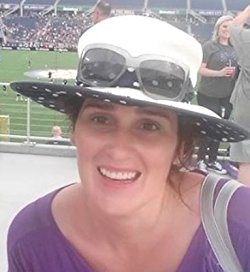 M.Black is passionate about the Earth, animals, robots and technology. You will find all of these concepts as parts of the themes used in her brand of books ENTER TOMORROW. M. Black loves to explore future worlds that are falling apart and she likes to keep the reader guessing.

M.Black is usually writing on her MAC, taking care of her two cats LOTUS and ASH who show up in her books Exotiqa and Simulation, cooking her favorite vegetarian dishes like veggie chili and lasagna, or watching her favorite shows. OA, Stranger Things, Mr. Robot, The Expanse, are just a few. After graduating UCF in English, she travelled Asia for eight years teaching English. She began writing novels in 2009 and publishing on Kindle in 2010.

So? How many of the young adult books did you get? If you got all three you can claim your mystery prize by emailing my PA: katniss.prior@cull.en