I was all set to write a piece on my favourite books. As an aspiring author, I thought it was appropriate.

The problem is, I’m having trouble coming up with a list that’s suitably eclectic, aimed at ‘my target audience’, yet casually dotted with heavyweight literary giants and the odd quirky/ dark book to back up the thinly veiled references in my blogs to my ‘other’ side.

So, instead, a change of tact.

One of the pleasures of parenthood (in between the groundhog-day-type existence of grind and repetition that no one warns you about) has been watching things I secretly don’t mind watching while spending time with my kids.

So, here, in a gloriously non-macho post (1), are the definitive top 5 kids films as voted for by my kids. 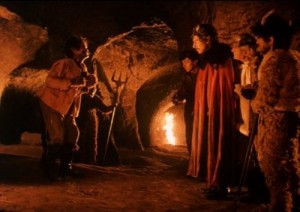 3 – Monsters Inc. (2001) – fantastic ‘foreshadowing’ throughout the story leading up to the ‘redemption’ at the end.

1 – How to tame your dragon (2010) – sailed into the top spot without a hiccup (#punbomb). A masterpiece. And yes, I want a nightfury (much more practical than a lightsaber).

How to Train Your Dragon. Picture source.

As most parents will appreciate, I’ve seen most of the above films frequently; usually in sections, often backwards, sometimes before the sun has limped over the horizon. Rarely in one sitting did we manage to get through the entire film. However, all cynicism and silliness aside, it has been a great way of practising my Czech and spending time with my children, aged 23 and 25. (3).

What have I missed? If there are films that my kids ‘simply must see’, please drop me a line and let me know.

(1) Cunningly designed in an apparently throw-away, devil-may-care blog post to show my ‘soft/ empathetic’ side

(2) The obligatory ‘non-mainstream’ film to prove my cultural depth.

(3) Only kidding. They’re 3 and 5. See how many times you can read this post before that joke stops being funny.