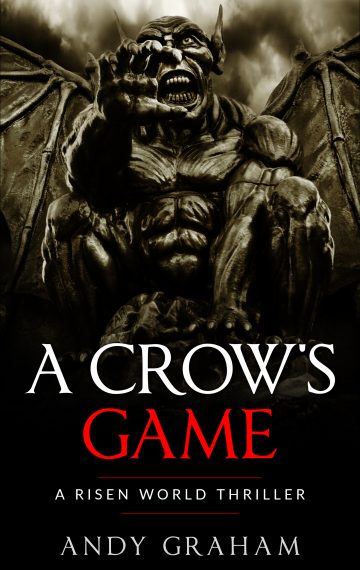 2.99Available on all stores.

It’s just fog, only a scarecrow, nothing to fear.

What if a band drifting home in a van held together by hope and tape were to drift off the known highways and byways of living America? What if they were to pass through mists which lived and hungered, onto trails older than the world? Pathways which only existed on maps stitched together with nightmares. Roads which carried the Mark of the Crow. What if their life depended on a throw of the dice and rolling the wrong number would kill them? Would you take the chance?

This novel from British author Andy Graham blends supernatural horror and urban fantasy with a twist of dark humour. Follow the trials of America’s Hardest Working Rhythm Section, their colleagues and enemies, as they drive through a night filled with wannabe vampires and insomniac zombies, covens of cheerleaders and precious few friends.

Some will survive. A few will emerge stronger. Many will lose.

Download now to find out who wins the game.