When I asked Author #29 if he was interested in an interview, this was response.

“I’m not sure I’m the type of author you’re looking for. I write dark epic fantasy. More fantasy than dark, but my setting is rather frightening and I don’t really do happy endings. Let me know if you’re interested.”

Good people of the Internet, writing out of Cottonwood Heights, Utah  – Kevin Potter.

Not because it’s an amazing piece of fiction and not because it went places and did things no other fantasy book had done at that time.

My reason is simple, however.

Chris was fifteen when he wrote it. Let that sink in for a minute. Yes, it got published largely because his parents owned a small press and published it themselves, and it got the attention of a big publisher because they spent huge amounts of both time and money organizing their own publicity and book tours for Chris. But all that aside, at the age of fifteen Chris wrote this huge fantasy book in about a year and went on to turn it into a four-book series with all four being NYT bestsellers.

Lightning strike? I don’t believe so. His success with those books is owed to hard work, sacrifice, and persistent dedication.

Okay, if survival is not my chiefest concern, then probably The Stand, by Stephen King. For the simple fact that it’s such a long book that by the time you get to the end, you’ve forgotten the beginning, so it’s totally cool to just go right back to the beginning and reread it!

This doesn’t happen to me very often. Much more frequently I am disappointed. I think I Am Not a Serial Killer, by Dan Wells.

It’s not in my usual genre, so I wasn’t at all certain I would get into it. But after listening to Dan and Brandon Sanderson talk about the books on the Writing Excuses podcast, and hearing how much others have enjoyed it, I decided to give it a try.

To be fair, the technical writing is not fantastic. In fact, much of it is barely mediocre. That’s a large part of the beauty of this book series, however.

You see, when writing in the first person, you often have to forsake proper grammar and usage in preference for using phrasing and punctuation that the character would think and speak in.

This is one point where a lot of writers fall short when writing first person narratives. They forget that literally everything in the book is the POV character’s thoughts. So they obsess over proper grammar, usage, and style, and then the book just doesn’t feel right because it ends up being written in the author’s voice instead of the character’s.

For a while now, I’ve been working on a supernatural suspense series about the Biblical Apocalypse. The first book is tentatively titled, Servants of Shadow, but that could change.

This is the story I feel I was born to write.

When I was younger, I always thought Epic Fantasy was my calling (even though I never even heard that term until about 3 years ago, haha).

But I’ve always been drawn to stories about the Apocalypse and when the idea first sparked for this series, I had a mishmash of ideas come together and I was honestly floored by it.

Naturally, I can’t tell you what those ideas are just yet, but let it suffice that I’ve never heard of any Apocalypse story using anything remotely close to the ideas I’ve been exploring for this story.

Unfortunately, you shouldn’t expect to see this book published for at least another 1-2 years, perhaps longer.

That would be The Legend of Huma, by Richard Knaak, which is part of the Dragonlance Saga.

I was twelve the first time I read it and it really moulded into me my most fundamental ideas about morality and honor.

It taught me the true measure of a hero and that regardless of how large or small the stakes are, everyone needs a hero in their life.

I honestly don’t think I can narrow this down to just one.

Game of Thrones showed me that a discovery writer can write a cohesive, massive story without submitting to the 90% of fiction editors who say that outlining is the only way to write a good book.

The Wheel of Time has taught me that not every moment has to be pulse-pounding excitement. We can have sections of just ordinary life (more or less), we can have chapters dedicated to the budding romance or the marital conflict or the small-town friends who have to argue about everything. The entire book doesn’t have to be about the epic conflict.

And finally, Dragonlance (all of them, really. All 100+ novels that I’ve read) showed me that you can have new ideas. You can invent something totally new that gets people’s attention and leads to greater and greater ideas. Just because something seems infeasible, doesn’t mean you can’t do it. It’s fiction, if you can come up with a reasonably plausible explanation for why something is, you can do it and so long as you do it well, your readers will buy into it. 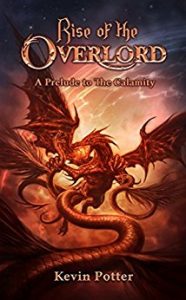 My latest book really is the best place to start. In many ways, I’ve poured my heart into Rise of the Overlord and it’s a much better representation of my style than the first book was. I was still figuring out my voice and my tone when I wrote Fall, and as has been commented on by several readers, it is much less immediate and immersive than the new one is.

The ebook is available pretty much everywhere ebooks are sold.

You can find Kevin at: www.kevinpotterauthor.com 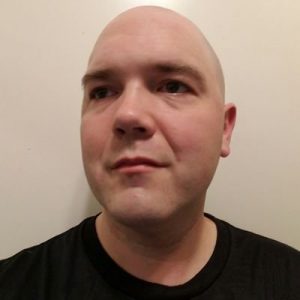 Kevin Potter is a speculative fiction author currently focusing on his new Dark Epic Fantasy series, The Calamity. As an avid reader and prolific writer since elementary school, Kevin always knew he’d be an author. He spent many years bouncing between various business ventures, from restaurant management to IT, phone based technical support to building custom computer hardware. But finally, he has returned to his first love: writing. Kevin lives in Cottonwood Heights, Utah with his wife, 2 daughters, and several dogs. 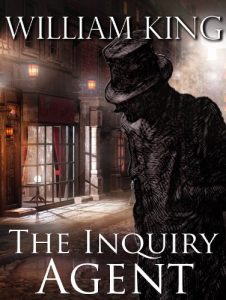 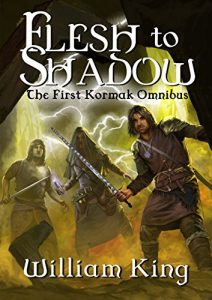 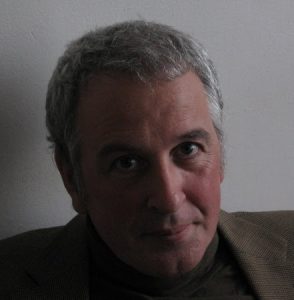