The One Book Interview is back with a bang.

I picked up The Gutter Prayer (Book One of the Black Iron Legacy) a few months back after a few people recommended it.

So when the author agreed to do an interview, I jumped at the chance.

Good people of the Internet, writing out of Cork, Ireland – Gareth Hanrahan.

Umberto Eco’s Foucault’s Pendulum. I’m not going to lie and say it’s an easy read – the early chapters, especially, hit you with untranslated ancient Hebrew, obscure conspiracies and an in media res opening – but stick with it. It’s hilarious, insightful and explains everything from the secret history of the world to the publishing industry.

Something short that I can read in the brief window before I asphyxiate, I suppose. I mean, I love Kim Stanley Robinson’s Mars trilogy, but I’m not going to get through even a chapter or two before I die. Although I suppose it’s thick enough to be used as radiation shielding in a pinch…

I think John Higgs’ The KLF; I knew nothing about the band, had no interest in them, and only picked up the book on the recommendation of a friend of mine. Since reading it, I’ve evangelized about it everyone. It’s genius. I can’t wait for his book on William Blake.

The Dracula Dossier – it’s a rewrite of Stoker’s Dracula, turning it into a piece of espionage fiction and the biggest roleplaying handout ever. That was tremendous fun to work on – weaving our own characters and plots into Dracula, uncovering the secret hints Stoker left for us, annotating the whole thing with notes from the 1940s, 1970s and 2010s. An incredibly indulgent playground.

The Lord of the Rings. So much of my life is bound up in that book. It brought me into fantasy and to roleplaying; I’ve done a lot of work on Tolkien-based games. My mother introduced me to it, and I’m introducing it to my own kids.

Jeff Vandermeer’s Wonderbook, I think. It helped a lot when I was having trouble writing fiction. 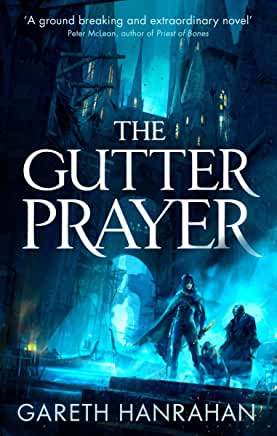 The Gutter Prayer, the first book of The Black Iron Legacy series.

If you would like to read my (Andy’s) thoughts on The Gutter Prayer, you can see them here. Book Two in the series (The Shadow Saint) is already out and Book Three (The Broken God) hits the shelves this month. (May 2021).

You can find Gareth at: www.garhanrahan.com 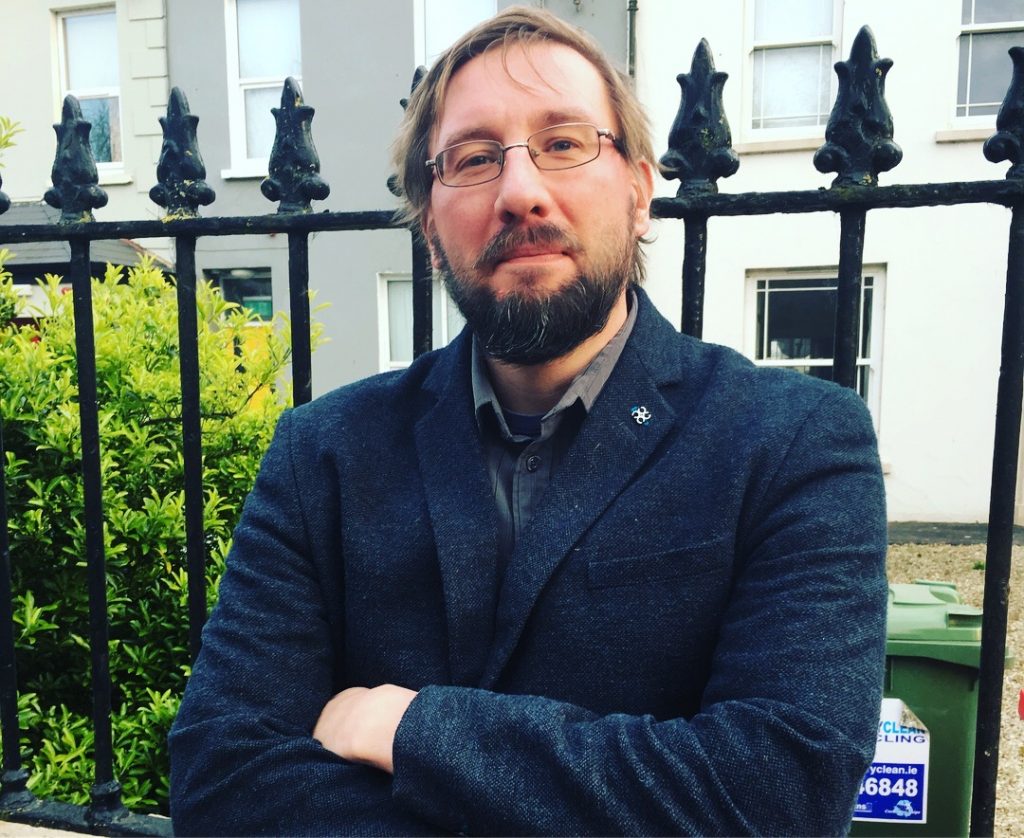 Gareth Ryder-Hanrahan is a writer and game designer. Originally qualified as a computer programmer, he took a three month break to see how “this writing thing” would go. More than fifteen years later, he’s still on that break. The writing thing seems to be going.

Gareth has published more role-playing games and supplements than he can even recall, including the award-winning The Laundry RPG, Adventures in Middle Earth and The Dracula Dossier.

He describes writing as “the process of transforming tea and guilt into words”.

His debut novel, The Gutter Prayer was published by Orbit Books in 2019. Its sequel, The Shadow Saint came out in January 2020. The third book in the series, The Broken God, comes out in May 2021. More books are in the works.

Gareth lives in Cork, Ireland with more dogs, children and fish than he ever anticipated.