For this week’s installment of the One Book Interview series, I’m very happy to have with me a British author who has a book nominated for the 2017 Bram Stoker Awards. (I’ve read the book – it’s great.)

May I present Karl Drinkwater.

Watership Down (Richard Adams). Maybe if more people read it we wouldn’t be building roads and houses on all the green spaces. Richard Adams was a thoughtful writer and sounded like a good bloke.

So difficult to choose just one! Unsurprisingly my shortlist is all sci-fi. In the end I think I’d go for Neuromancer (William Gibson). I can’t resist this tale of hackers and revenge; surgically-enhanced assassins who only see the world through filters; personalities smashed then stuck back together by the military; mysterious intelligences directing our actions; and a conspiracy-uncovering finale aboard a space station for the rich. A world that I can fall into, whether the sky is the red of mars, or the colour of a dead TV channel.

Housebroken (The Behrg). I expected a short and nasty tale that would entertain me if I could stomach it: I was surprised by how imaginative it was and how cleverly it was written. Too many authors would restrict a book to a limited number of settings and layers, but The Behrg impressed me by always taking it further, throwing in a twist that pleased and convinced me that I was in safe hands. I then sought him out and interviewed him for my website.

Harvest Festival, because it’s the kind of book I love to read: believable characters, a fast pace, mystery, scary action, and for being deeper than just surface-level events (it’s really about families and love). I also have a soft spot for it because it is in this year’s Bram Stoker Awards Preliminary Ballot list, which is the furthest I’ve got in a major writing competition. I have my fingers crossed that it will go on to the final shortlist later in the month, but even if it doesn’t I am still proud of this little gem. 🙂 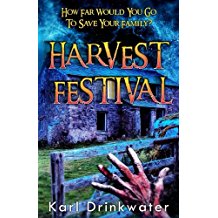 Harry Cat’s Pet Puppy (George Selden). First book to make me cry, and a story with a great heart that made me want to protect other beings. Kids’ books are the first we read, and they are hugely important in shaping our tastes and values.

Oh, the edict to choose only one book is too cruel for this question. As a teenager I was obsessed with the books of Stephen King and Dean Koontz. That’s how I spent a lot of my pocket money (if it wasn’t spent on computer games, role playing games, Fighting Fantasy books, and Citadel Miniatures). If I had to pick one book from each: Night Shift (King) and Midnight (Koontz). Night Shift has so much variety to it, and so many brilliant stories, that it is worth dipping into again and again. Midnight is just a great example of pulpy-but-exciting horror that keeps you riveted, and introduces new and exciting scenes at a fast pace. Both of those works inspired elements of my last book.

I’ll pick my first novel, Turner. A group of visitors to a remote Welsh island find themselves trapped there by a storm as the locals go on a murderous rampage. They don’t like tourists round them there parts. 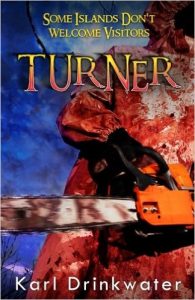 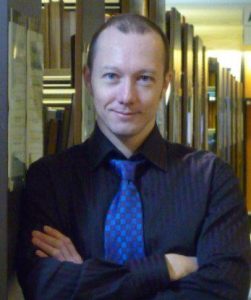 Karl Drinkwater is originally from Manchester but has lived in Wales for nearly twenty years, ever since he went there to do a degree: it was easier to stay than to catch a train back. His longest career was in librarianship (twenty-five years); his shortest was industrial welding (one week).

Sometimes he writes about life and love; sometimes death and decay. He usually flips a coin in the morning, or checks the weather, and decides based on that. His aim is to tell a good story, regardless of genre. When he is not writing or editing he loves exercise, guitars, computer games, board games, the natural environment, animals, social justice and zombies.

You can find Karl at: www.karldrinkwater.uk