After a short hiatus needed because of the blood-fuelled poetry and prose of the last author to grace these pages, the One Book Interview is back.

This week we have a writer who has been published in various online magazines, has published several novellas and is currently working on his first novel.

Good people of the Internet, writing out of Rhode Island – Richard Writhen

The best book that I’ve read in recent years is Mystic River by Dennis Lehane. It’s a very dark and realistic mystery and deftly manages many plot threads at once. I had seen the film awhile after it came out on video and was really blown away, so when I later saw the novel at The Strand, I picked it up and read it in full at least thrice. The tone, the characterization, but above all the way the characters’ actions ring true to real human behavior all make this book something special for me. Plus, without giving any spoilers, the way it accurately reflects the true human lack of control over chaos makes for the perfect ending.

I would say The Martian, but I haven’t read it. Maybe Call of the Wild, which is one of my favorite books. It’s about a dog who starts out as a pet but is dognapped and forced to become a hard-working sled dog. But it’s really about surviving at all costs and finding the alpha within yourself. He fights and fights and at one point is on the verge of death but he never surrenders. And eventually, he finds satisfaction, not in a perfect life like he once had, but in the fulfillment of his destiny.

The Lovely Bones. Every once in a while I will read something from a genre or sub-genre that I have little interest in based on the title alone. I knew I had to check this one out so I picked it up used and was pretty taken with it. A quaint story about a girl who is murdered but winds up in the afterlife a la Beetlejuice or whatever and she tries to communicate with her surviving friends and family and point them towards her killer. It had a grimdark feel to the deaths and the repercussions for the characters. Another thing I would liken it to is What Dreams May Come.

The Hiss Of The Blade

. I think that by my third novella, I had gotten a bit better and the style is a bit more mature than the first two. Plus, it’s a bloodbath, which is optimal for me. I’m a big fan of French extreme cinema like Haute Tension and Inside.  It’s also more grimdark, with an evil king and armored guards and castles and gauntlets and all that jazz. And a bunch of blades too, of course.

Well, aside from Call of the Wild, it’d probably be Watership Down. There’s so much happening in that one novel that it’d take a college philosophy course to cover it all, but some of the standout points for me are the accurate portrayal of spirituality, again the survival against all odds motif, the deception between members of the same species, the betrayals, the almost god-like power that humankind and even cats have over the small animals like the rabbits.

The most influential book that I’ve read in the past few years would have to be A Head Full of Ghosts by Paul Tremblay. Aside from being astonishingly well-written, its grasp of subtext and meta is unparalleled. The only novel that I would really liken it to is Cormac McCarthy’s The Road; both of them are basically experiences like real life, and while you are reading them, the point of it all is not immediately evident. It’s entertaining, but the real brilliance in such a book is after it ends, when you are (hopefully) blindsided by the real message as the pieces fall into place like so many puzzle pieces in your mind, as you sort it out. That’s really the approach that I have now; it’s not a thousand pages that you need to throw at the reader, but rather a level of veracity and internal continuity that makes the contents of the book literally live in the reader’s mind. And few authors can really do it.

It stands to reason that my shortest, simplest novella is my first, A Kicked Cur

. It took much longer to write because I worked on it as an amateur, only once or twice a month, before I became more serious about my writing. The process took about two years and four months, but I’m happy with it, though no work wrought by human hands is ever finished. The second and third novellas were much faster, taking about eight months apiece once I had adopted the “nulla dies sine linear” approach. The fourth is at about that same mark now, but is going to take a bit longer to complete,  so about a year.

You can find Richard here. 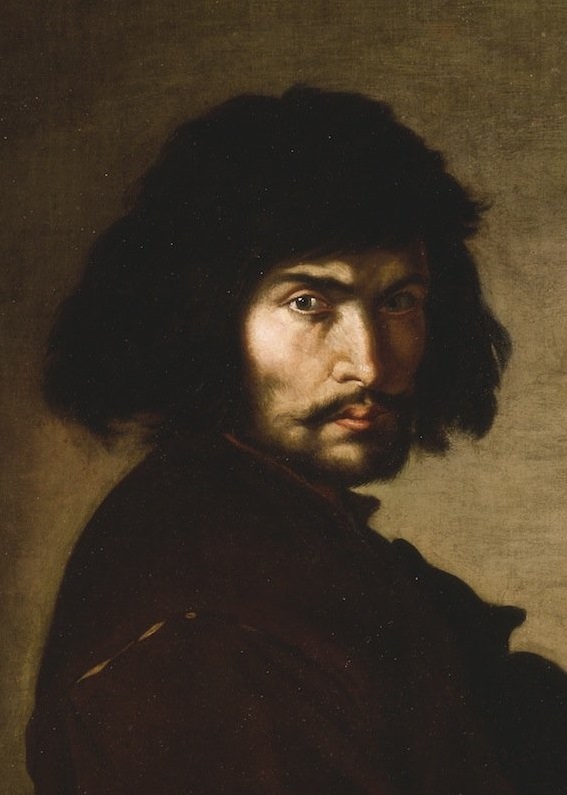 Originally from Rhode Island, Richard Writhen also lived in NYC for about ten years. He has been e-published on several notable sites such as the Dark Mondays Blog, the Mighty Thor JRS Blog, Michael R Fletcher.com, Rob J Hayes.co.uk, Grimdarkmagazine.com and Ragnarokpub.com and is the author of three novellas on Amazon KDP: A Kicked Cur, A Host of Ills and The Hiss Of The Blade. Richard also writes short form stories in the styles of Gothdark, Grimdark, GDSF and Psychological Horror, and will eventually be exploring the weird west.